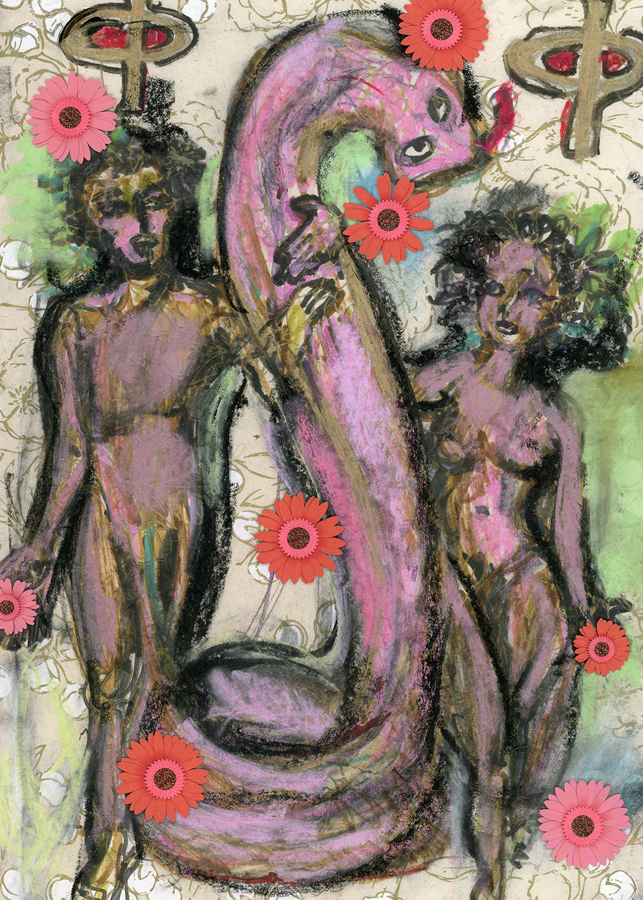 The Serpent of Eden

"As the Orchids grow on the tree trunks, the Serpent nests itself on the body of man as an autonomous organism"

When the disobedient Serpent spoke to Eve, they agreed with each other. In the brain of the dark, hidden underworld she became his queen.

Freeing her from the stagnation of immortality initiated her the repeated resurrection of birth. Every birth is a revolution.
Genetic memory contains all the knowledge of the creation of beings. The ova of each nucleus attract forever the rivers that traverse them.
This attraction is superior to logic, since cause and effect is a space of direct illusion in the Big Spiral.